Man, 29, hired by Wells Fargo to be in charge of its cash vault 'stole $88,000, cooked the books to cover up theft and then flashed the cash, jewelry and new Mercedes on Facebook'

An aspiring rapper with a taste for expensive clothes, jewelry and stacks of $100 bills displayed on social media has been accused of stealing $88,000 from Wells Fargo while manning the bank's cash vault in North Carolina.

According to an indictment unsealed this week in federal court in Charlotte, Arlando Henderson, 29, was arrested in San Diego last week on 34 counts of financial institution fraud, theft, embezzlement and misapplication, making false entries and money laundering,

The court document alleges that during his employment at a Wells Fargo branch in Charlotte, which began in April 2019, Henderson on at least 18 occasions stole cash from deposits made by bank customers from the vault, to which he had access as part of his job. 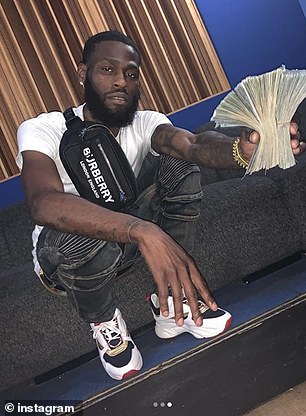 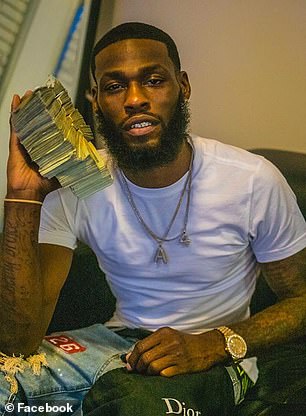 Money, money, money: Former Wells Fargo employee Arlando Henderson, 29, has been charged with stealing $88,000 from the bank, and then flaunting his misbegotten wealth on his social media pages (left and right) 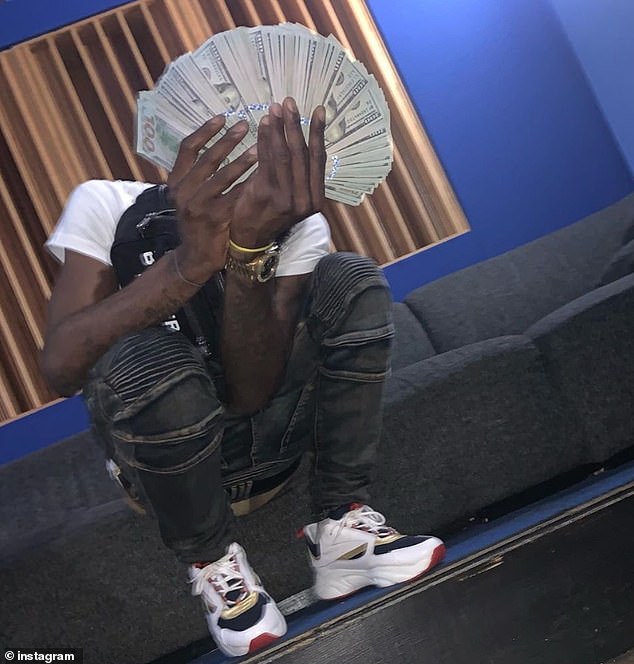 Apparently emboldened by his impunity, Henderson proceeded to pilfer ever larger sums, culminating with a one-time theft of $13,450 in cash in mid-July, according to the indictment cited by Charlotte Observer.

Henderson used the misbegotten money for personal expenses and to make a large cash down-payment on a luxury car, according to a statement from the US Department of Justice.

As part of his criminal enterprise, Henderson, who purportedly served in the US Army, also allegedly destroyed documents and made false entries in the bank’s books to cover up the theft, the indictment states.

Henderson, an aspiring recording artist who performs under the stage name 'Aceey4oez,' has not been shy about flaunting his newfound wealth. 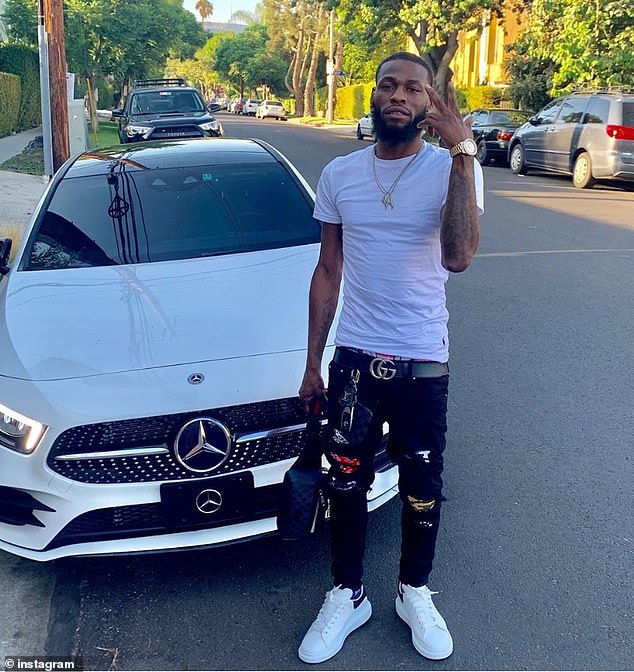 Prosecutors say Henderson used some of the stolen cash to make a $20,000 down-payment  on this 2019 Mercedes-Benz 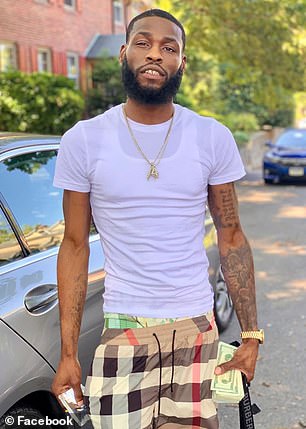 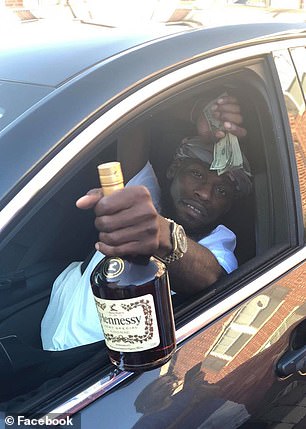 As the indictment points out, between July and August 2019, Henderson used his Facebook and Instagram accounts to post photos showing large stacks and fans of $100 bills.

Other images depict the 29-year-old showing off his gold, diamond-encrusted watch and designer clothes, including a Balmain sweatshirt and a Burberry button-down shirt and matching shorts.

In July 2019, after Henderson had allegedly stolen more than $70,000 in cash from the bank vault, he made a $20,000 down-payment all in $100 bills on a white 2019 Mercedes-Benz, and obtained a car loan for the remaining balance from another bank by providing falsified bank statements, according to the indictment.

On August 6, the proud car owner uploaded a photo of himself posing in front of his luxury ride, wearing a T-shirt emblazoned with his personal motto, 'Ain't Wit Being Broke.' 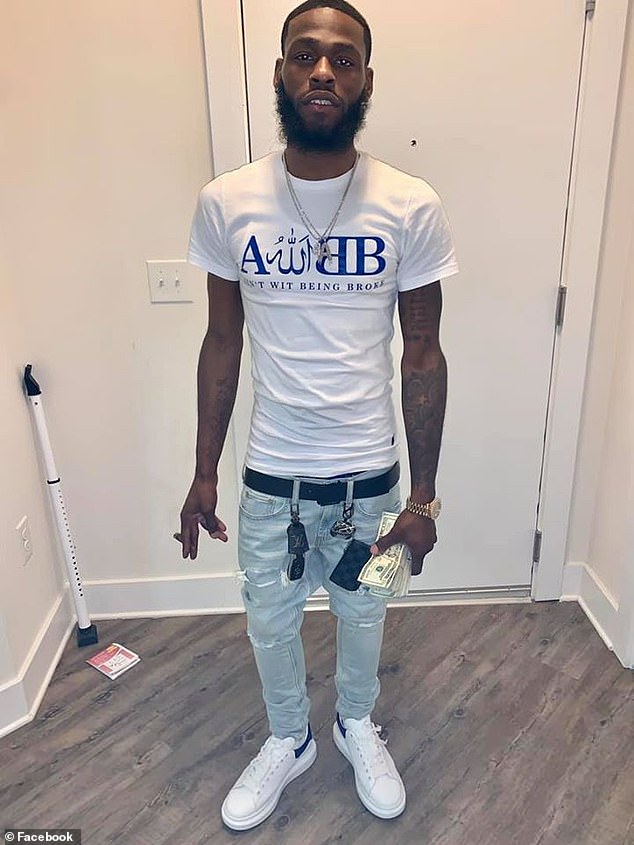 Henderson is pictured with a stack of $100 bills sporting a T-shirt emblazoned with his personal motto, 'Ain't Wit Being Broke'

Two days prior, Henderson shared a selfie showing him grasping a stack of bills in one hand. The caption read: 'I make it look easy but this shyt really a PROCESS.'

FBI agents arrested Henderson in San Diego on December 4, and he made his initial court appearance two days later.

Henderson is due back in court for another hearing on December 17.